Jean-Philippe is a sweetie, but he does not like to hike.
Fortunately, we had some friends of his over for dinner last week, and one of them was in the same situation - short of people to hike with, but not liking to join one of those hiking clubs. So we made a date for Sunday, and had our first outing of the year. It was meant to be a little 10k, just a stroll to break in the feet and also to see if our speeds and interests are compatible.
Definitely compatible, and the 4k added for a mistake in direction was just fine.
Here are some pics from the outing. Next time I swear I will clean the lens before going out. Really! 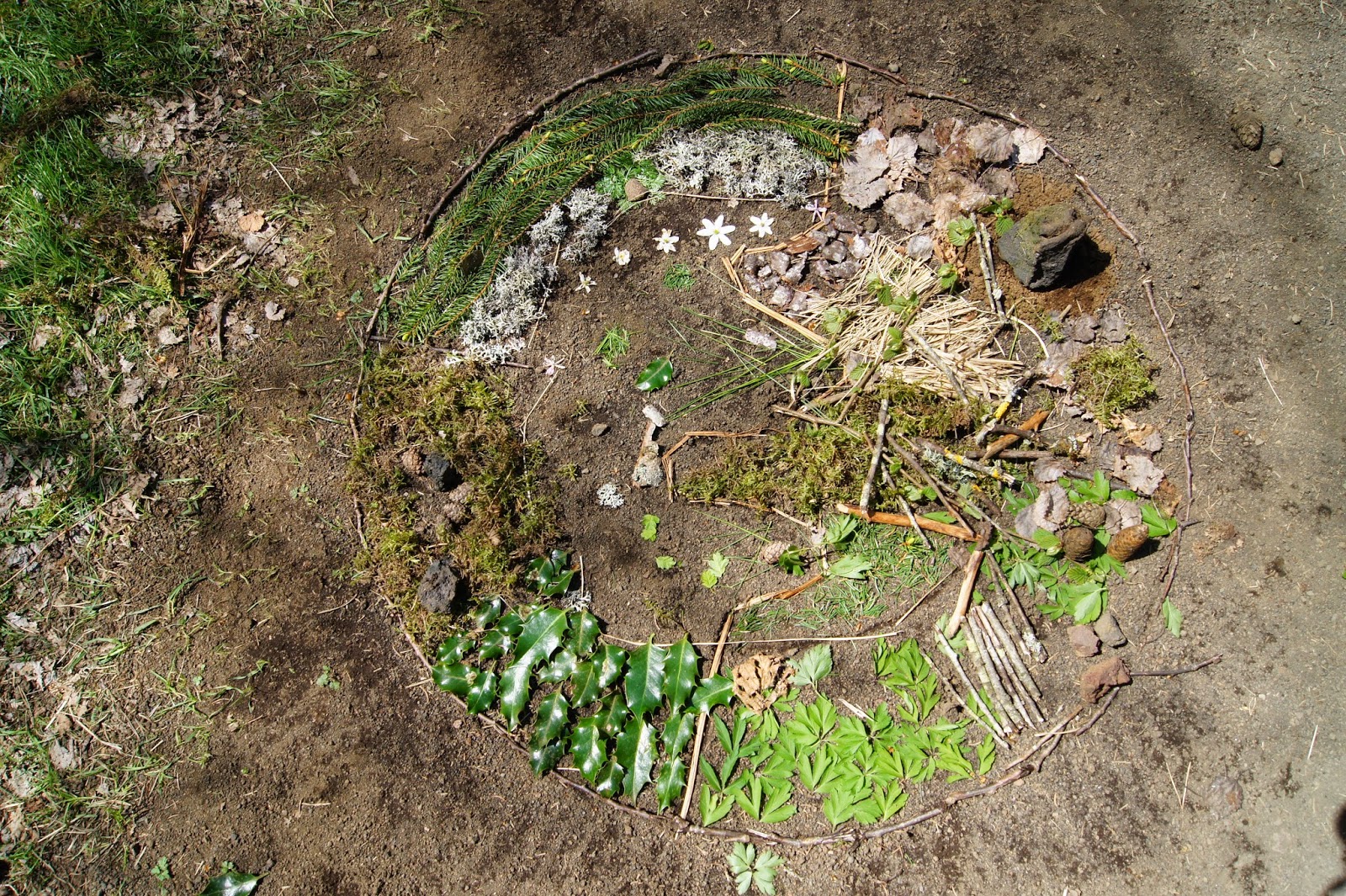 Somebody had arranged a mandala in the middle of the trail. 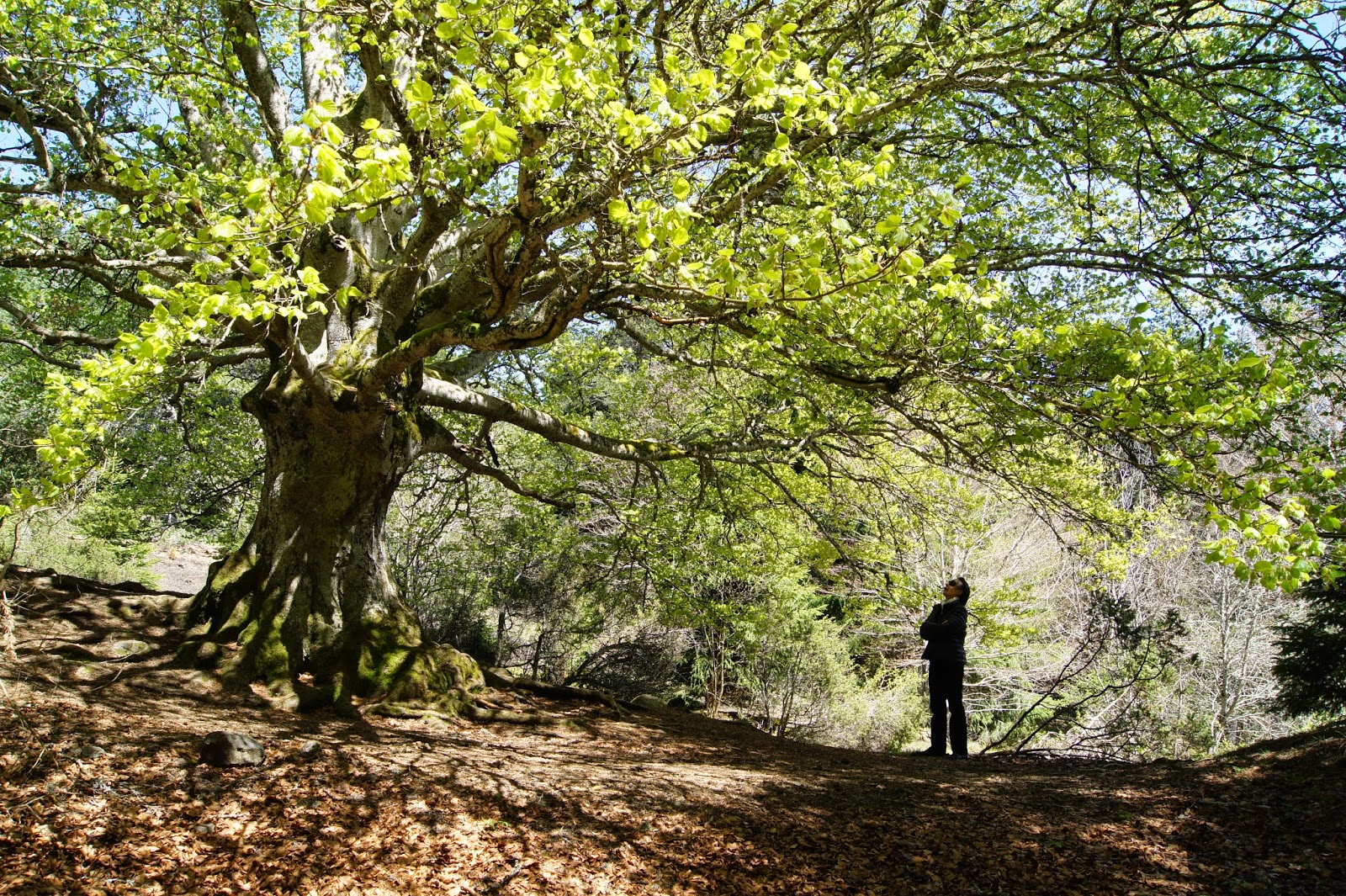 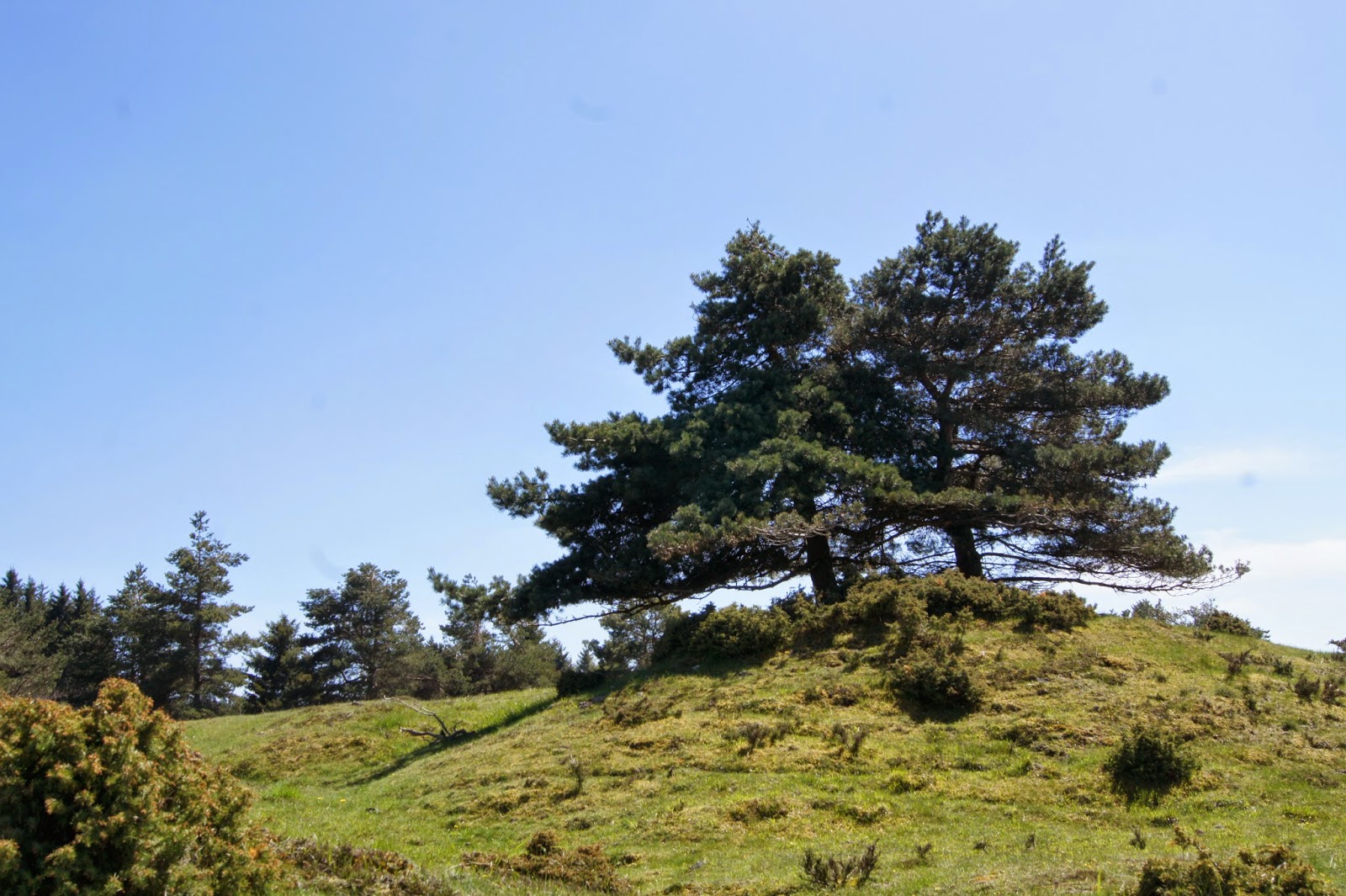 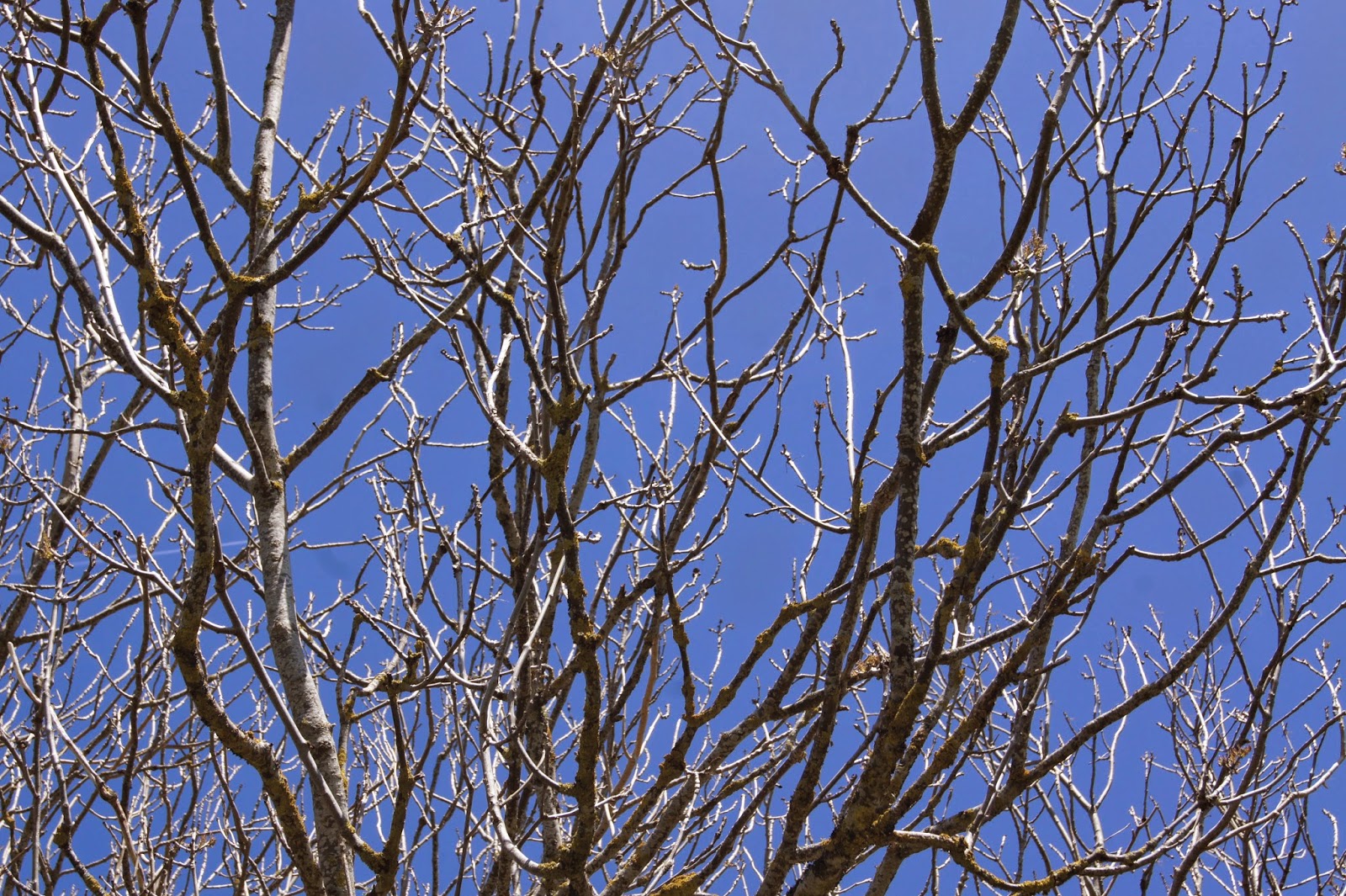 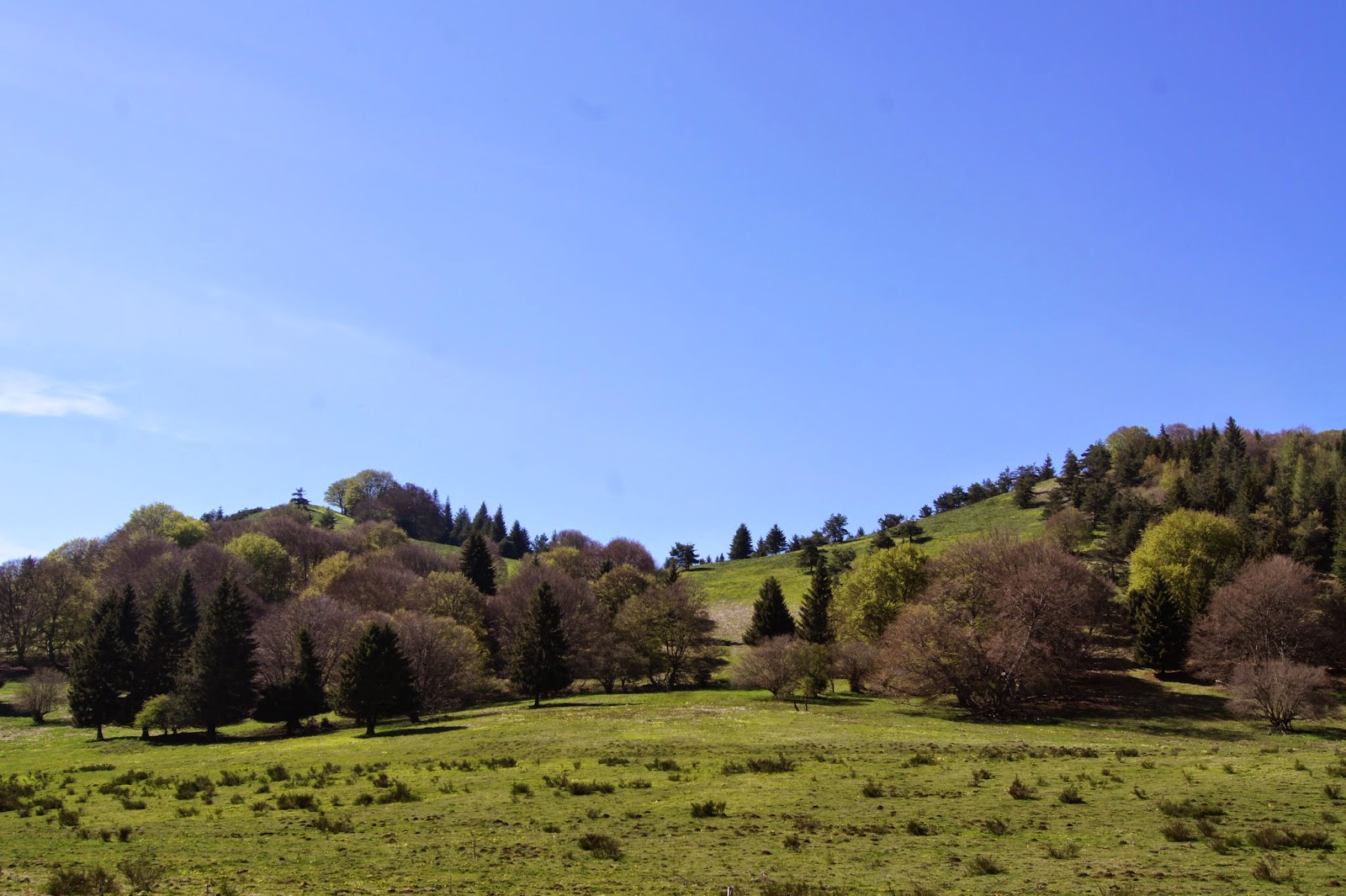 Spring is in mid-stride at my house, but up here at an extra 250 meters a lot of trees are still in blossom, or just budding. The violets were mostly gone from the pastures, but there were some left. Sheep were already in the pastures, and you could tell where they'd been because there was not a dandelion to be found - non-sheep fields were carpeted yellow. 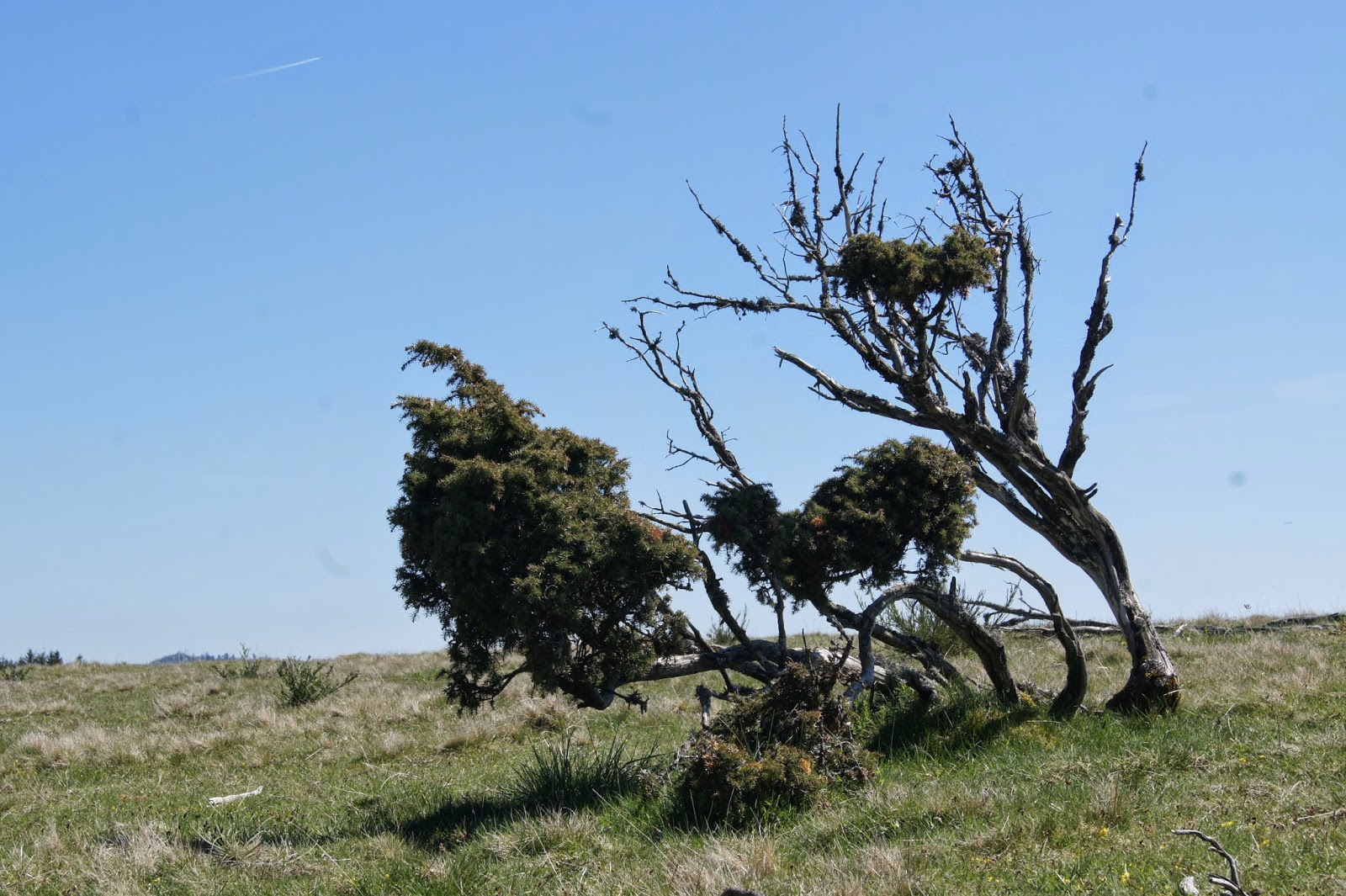 If my schedule allows, we'll go out again next weekend.
Posted by NanU at 5:40 PM 1 comment: