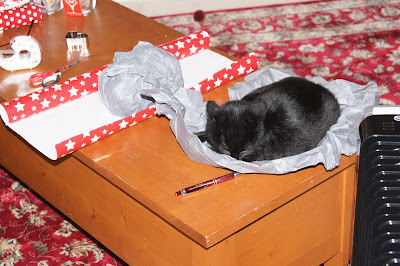 What did Rokosoko want for Christmas?
Company!
Sienne is terrible company. She never wants to play. 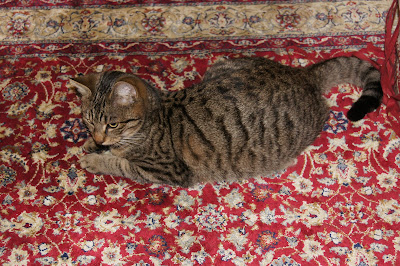 Happily, Mia came to visit.
She had to spend the whole time in the library, because, naturally, Sienne was not pleased. 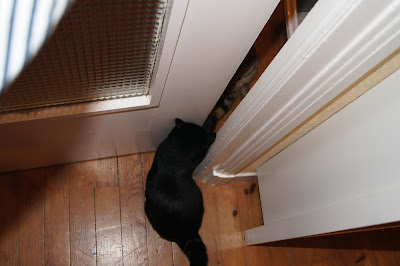 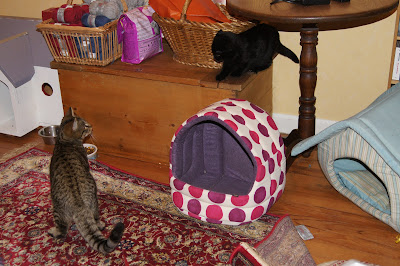 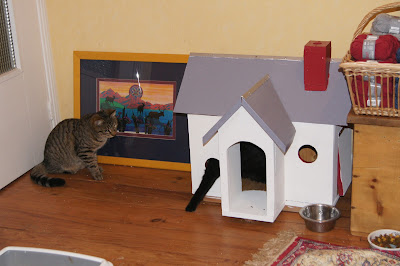 Sienne was actually kind of pleased, since Roko started spending the day shut in with Mia, and she had the rest of the house to herself.
And after Mia went home, things have changed a bit. Sienne now chases Roko around. He joyfully flees and hides under the furniture, while she makes a show of fluffing her tail when really she quite enjoys the game. Still growly, though.
Posted by NanU at 5:38 PM No comments:

Oh, dear, it has been some time since I've blogged.
Just the way life goes, I guess. I used to blog a lot when hanging around in my office after hours. Now I don't hang around here after hours so much, and as soon as I'm out the door I've got other things to do.
But, well, I have some time tonight before heading to the bridge game, so I thought I'd introduce you to one of my other evening occupations:
There he is!!!! 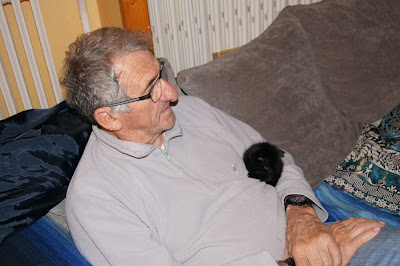 No, not the guy in the grey pullover. The little black thing in the crook of the JP's elbow. The smidgen that was not yet litter-competent when I took this photo back in September. That was kind of a stinky couple of weeks there.

For number 27, I like Rokosoko. An All-Black of distinction. 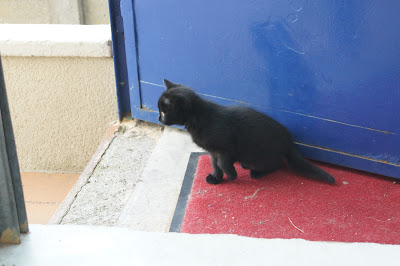 Sienne, of course, is not pleased. She is not sure he should be allowed catfoodbowl rights at all. If he gets on the couch she will spit and growl and get off.
She is not pleased, but then sometimes he sneaks up on her, and you'd think they were great friends. Roko tries. He follows her all around. Then when she turns around and notices her proximity to him, she's all mad. Gotcha!

The Ikea rats have really taken a beating. 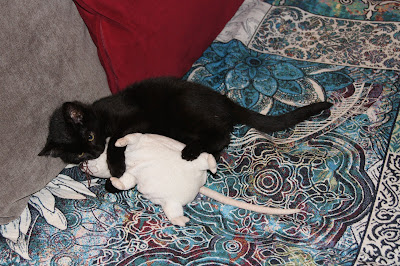 Roko has plenty of toys all over the house, and dearly loves Bandersnatch's old cat tree, but what would really be great is to go Outside. 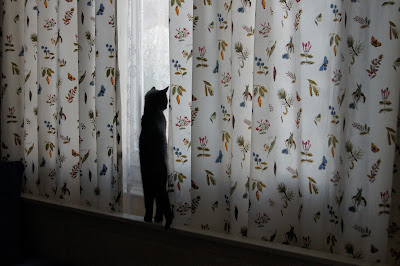 So when it snowed, I took him Out for just a little while. 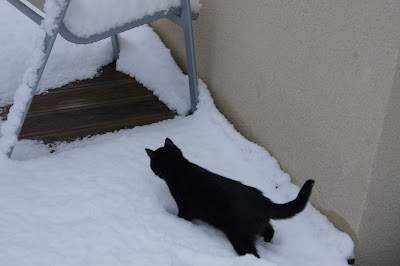