After 16 or 17 years, I'm still not used to the French vacation thing.
Here we have the partial accreditation dossier coming up fast, plus a new (and hideously complex) state-of-things dossier that the ARS has given us just 5 weeks to do. They're the local government body that authorizes medical institutions and laboratories to operate. Plus the national cancer institute has decided to require its own state-of-things dossier that I haven't even looked at, but also with a fairly short deadline.
It's Quality System, and Documentation, and Numbers all day, every day.
And what do they do?
They're on vacation.
Half the lab is on vacation this week, half next week. We're just at half-speed for a while. Nothing to be done. The right to vacation is paramount.
So, in the spirit of getting with it, I too have put in for a couple of days next week. Not the whole week. That would be too strange for me unless I'm travelling somewhere. And I might even take another couple days later in the month. So there!
Look - I'm even leaving early tonight. Not even 6 yet! 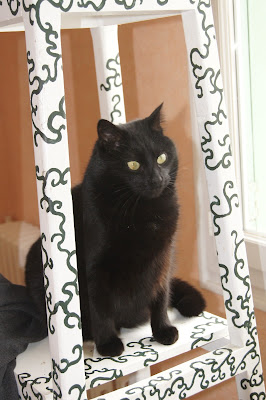 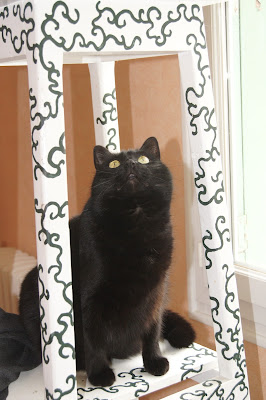 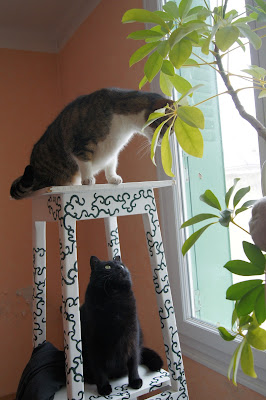 I don't know about all this organising stuff.
Maybe most of the other people involved are retired, and if not, they at least did not have a bridge game on until midnight just after, and then a jam-packed day at the lab, and updating lists and responding immediately are just what they do with their days.
For me, the Rotary is still an extra-curricular activity. An important one, but it still is relegated to the non-work, non-sleeping bits of my life (which are not extensive).
To get you up to speed -
Every year the League Against Cancer has a tulip sale fundraiser, which goes for three weeks and involves half a dozen points of sale.
Various clubs sign up to handle the sales and the logistics. More than a dozen Rotary & Lions & various other groups share out the different slots.
I have volunteered/been appointed to coordinate our Rotary participation this year.
Traditionally, our club handles just one day, at one site, for the sale.
I think this is not a lot, and that we can easily handle a second day.
The League has been filling in their spreadsheet for three weeks now, and Tuesday night there was a meeting to really get it mostly filled in before they start calling around to find somebody for this or that day. I was there along with the wife of our club's current president, and she agreed that volunteering the club for a second day was reasonable.
So I signed us up.
And then I went to my bridge game, and then yesterday I neglected to notify our prez that I had made this further commitment. Thought it could wait another day, especially as his wife would probably mention it on getting home.
This morning the League guy sent around his updated spreadsheet, and my prez responded that our club being listed for the second day was a mistake. Without conferring with me first.
Now, I realize I have been in meetings most of the day & away from my phone, but there are no messages on my cell or emails in my box. But have I been designated to deal with this or not?
So anyway. I sent a mail around to the whole club announcing YES! we are intrepid Rotarians and we will handle the Tulips for Two Days! Signup sheet at our meeting next Weds!

Well, the little trip to Paris was a success.
Pre-meeting: a movie & dinner with friends. I should really visit more often! Lincoln was a majestic film, and on my own I would never have gone, preferring relaxing fluff I am so tired these days. Well worth the effort! And thanks, Bruno, for going so early and getting us sweet-spot seats.

Meeting #1 was interesting, and I was only there to listen and take some notes. Maybe jump in with a suggestion, but the minds around me pretty much had everything covered. At one point the guy leading the meeting pointed out that there might be some coordinating to do with the Onco group. That would be me! So I stood up and said, yes, the onco group would be meeting just after, and we didn't want to duplicate the efforts of the Genetics group as a whole.

(See, in France Genetics is divided into Onco - where lots and lots of people work on a few diseases and a limited number of genes, so we've developed a very strong and coordinated network to decide what to do, and how to do it, and how to explain it. And the Rest of Genetics - commonly called rare diseases, though many of them are by no means rare - where lots and lots of people work on lots and lots of diseases and a rather gigantic number of genes. So it's hard for them to make a really functional network when each lab pretty much has its problems to itself. It's actually kind of a mess.)

Meeting #1 ran over and gave us just time to find a sandwich before moving on to meeting #2, conveniently in the same room. This was "my" meeting. I'd agreed to arrange things, and to coordinate the different lists of genes various labs were looking into. But I don't want to be in charge of the group. I have no agenda to impose, or even to strongly suggest. 31 people responded to my messages, and about 50 showed up for the meeting.
The goals of the group were indeed the first point of order. And then its organisation. We have many and various goals, and it was thus decided to organize ourselves into subgroups according to these different goals.
I must next check my notes and figure out just what those are, and then send around endless emails (you know, those with 50 addresses, and everybody replies to everybody...) for people to sign up for working groups I hope will be of workable size. Like 6 to 10. Not more than one representative of a given lab, please.

I had some time for bookshopping before meeting #3. This was a fortuitous gettogether with a Lebanese colleague in town for other reasons. I have just time to meet him at the station before my train home. If this were a major Paris train station, I would have suggested a specific spot at the station, but the dinky Gare de Bercy is not worth that. I can see from one end of the hall to the other. I am obviously looking out for someone. Making eye contact. But no Lebanese.
With 5 minutes to go, I give up. And I get a call on my cell (oops, should have thought to give that number to my colleague! still not used to the thing) from the lab saying he'd meet me at a café about 100 yards away. He's been trying to get me by email for an hour, but I don't have access to my CJP email off-site. Security, they say. But damn, if I give my cell number out, people will call me.
Although, if he's been waiting there a whole hour, and I obviously haven't got his message, why not just come over here to our agreed meeting place?
Hmm?

Whatever. On the train home I can look over my bookstore loot.