Yes, I’ve been gone again (in my head, mostly, as my faithful bridge partner can attest!). Things have happened, the world has fallen apart, and the Auditors have at last been here. I would like to say that the Audit is over, but now there are the non-conformities to deal with. And after those, the Sensitive Points and the Axes of Amelioration. Then, the audit will be over and the next one can begin.

It’s been an exhausting week. I felt we were ready, that there would be non-conformities, including two at least we know about and they’re huge, but if we had the means to solve them we would. And we were ready. We have 7 non-confomities (including those two), and a list of things we could do better, and even bits of friendly advice. It’s not bad. In fact it’s quite good for an initial accreditation audit, with hats-off in a couple of domains.

They had questions, we had responses. But even going in with a certain amount of confidence in your QC system, and knowing that COFRAC auditors have all gone through extensive training on not just what to look for and what to ask, but how to do that nicely (especially how to get the information in a way that doesn’t turn the terrified auditees into quivering bowls of jelly), it’s a good thing there’s nothing planned for the rest of the afternoon. Nobody is in any shape to do anything but collapse into a chair and declare they’re glad it’s over. 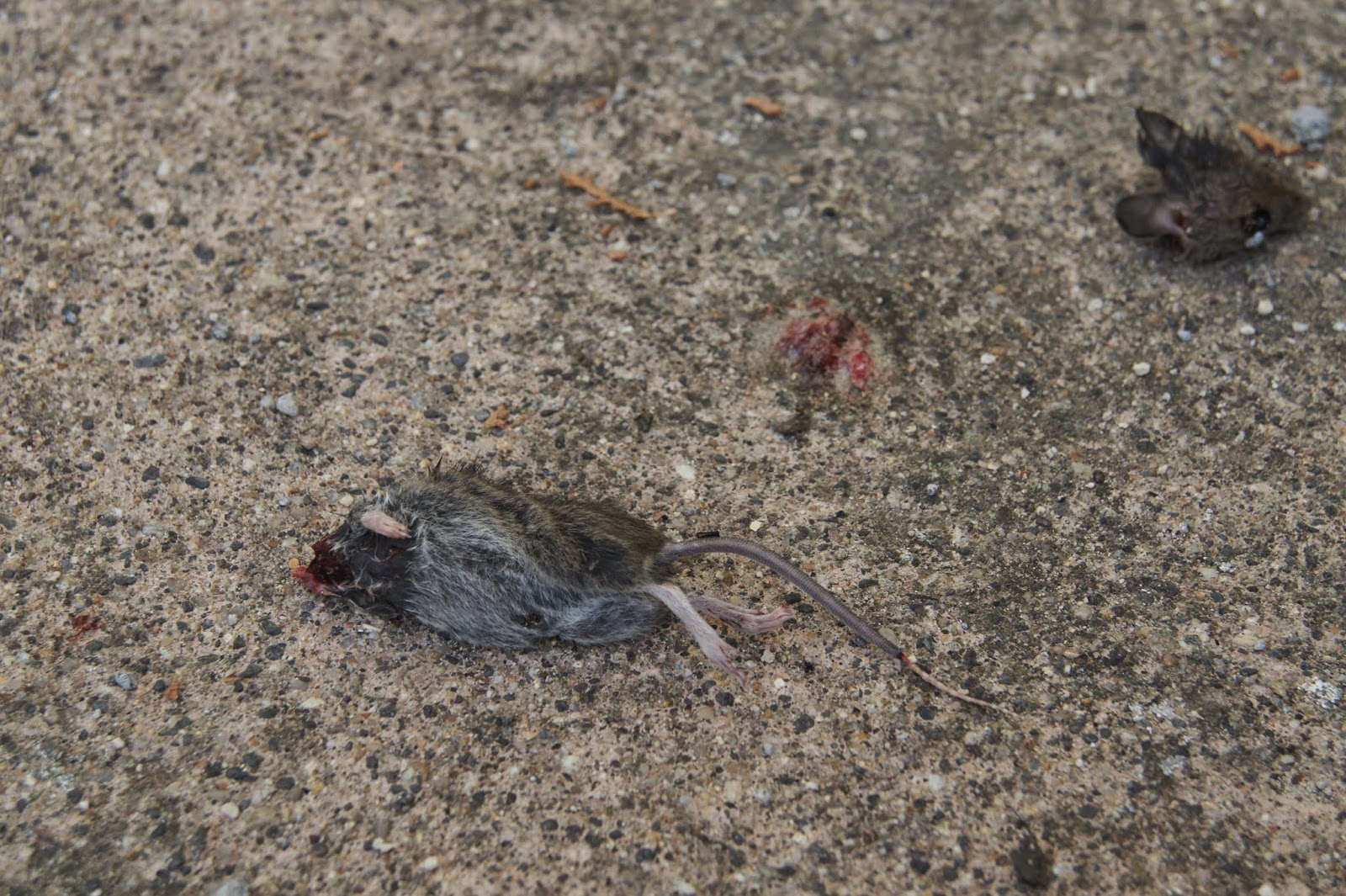 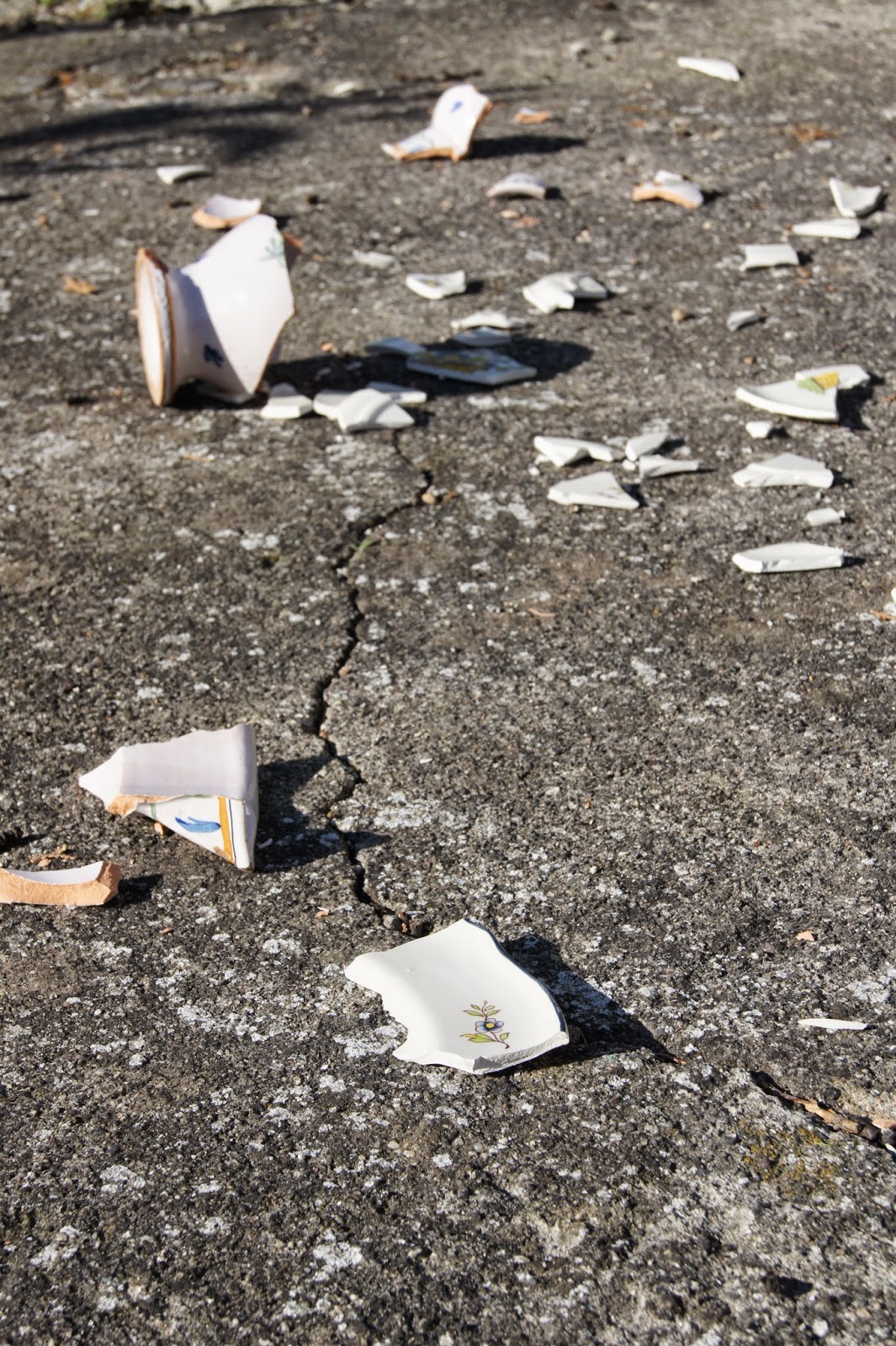 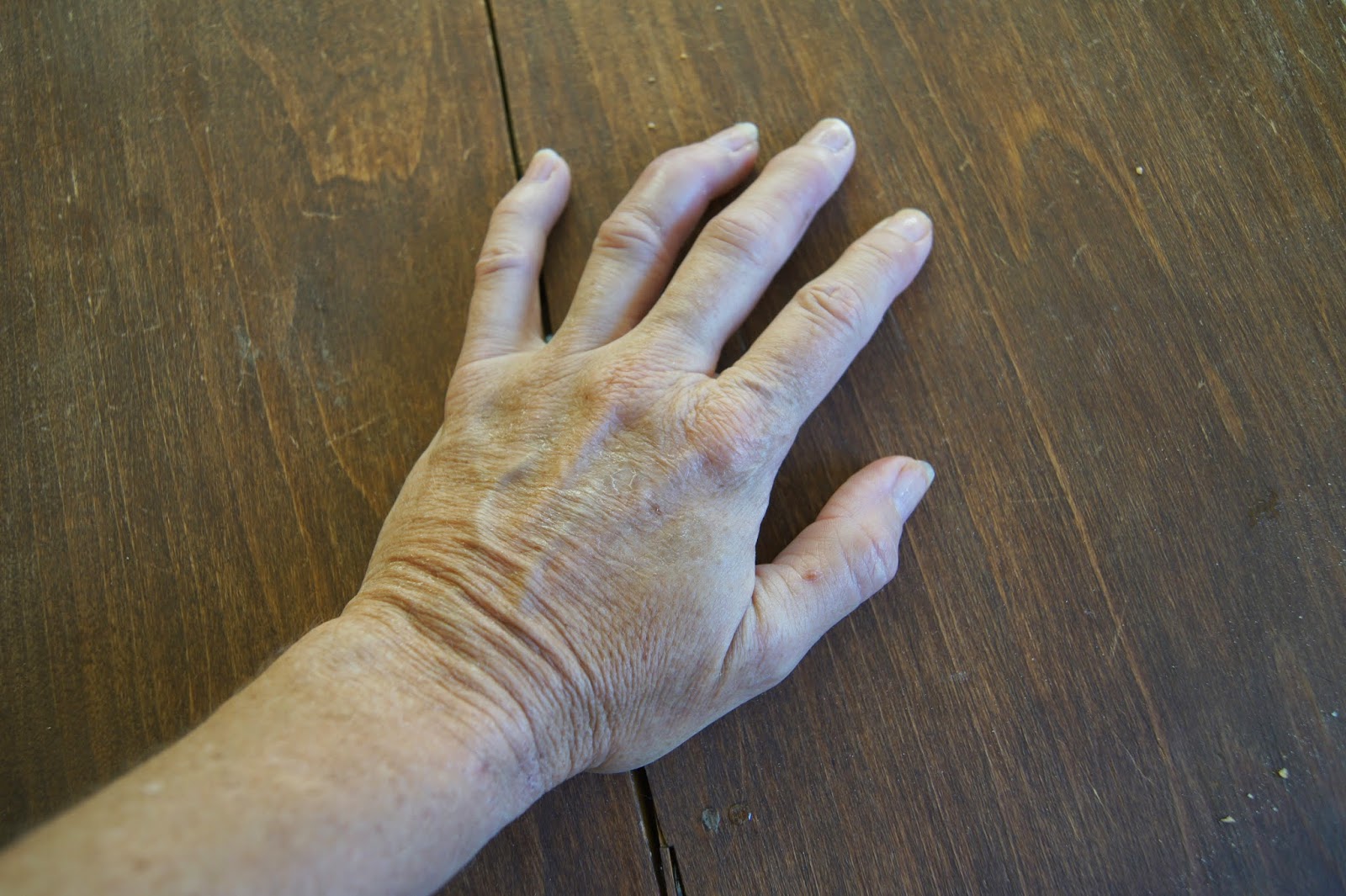 I used to have nice, straight, slim fingers. Except for the kink at the end of the pinkie, but that's always been there. I took the splint off, and it's like somebody took my ring finger and replaced it with some malformed bit of plastic. Not mine. It's a fake.
And after 2 1/2 weeks wrapped tight against the non-breathable foam surface, me skin was itchy. Really itchy. 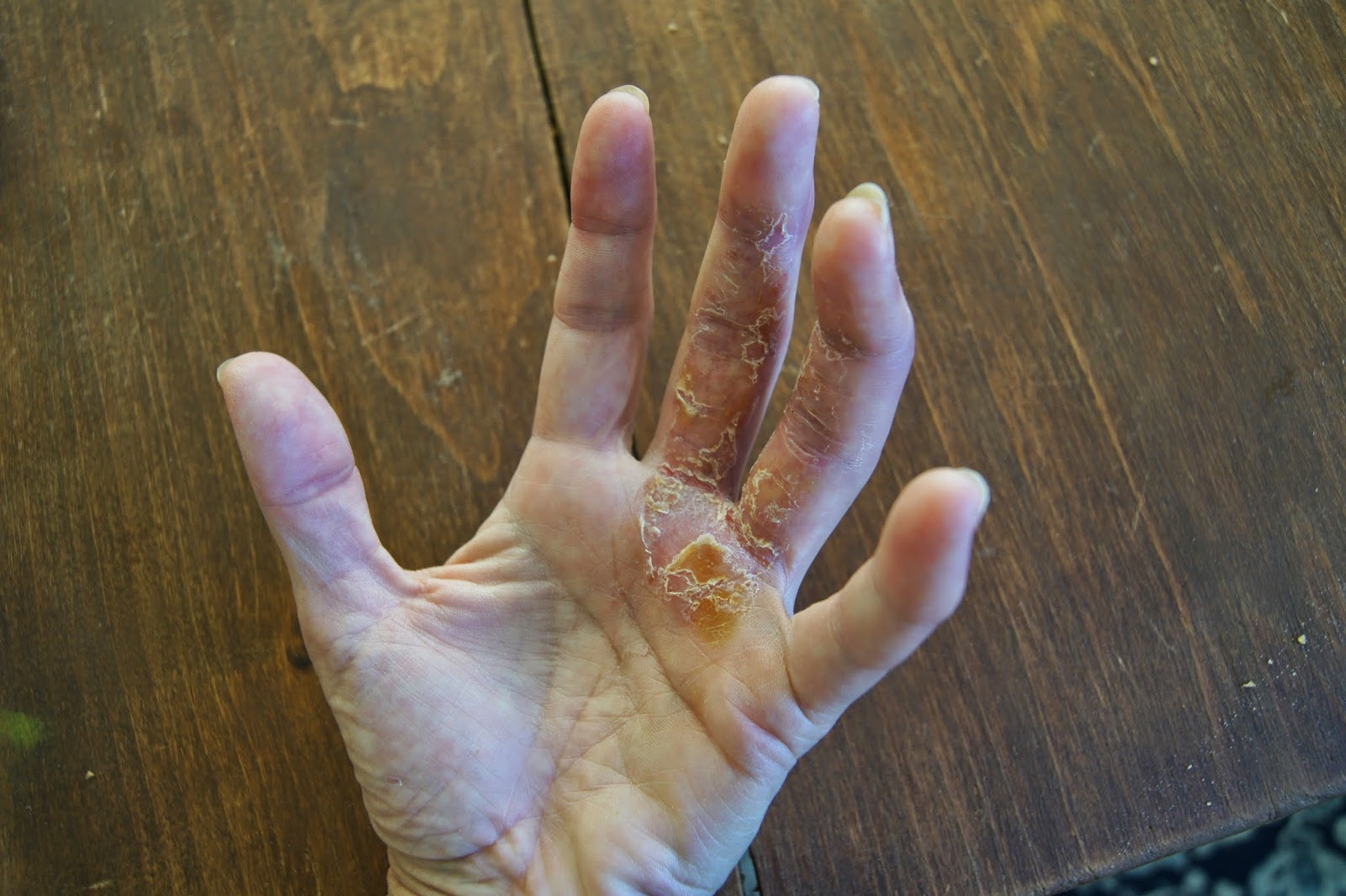 And this is after 2 days of washing, antiseptics, antifungal cream, wrapping in gauze & etc. I can't move my middle finger any better than the broken one now. 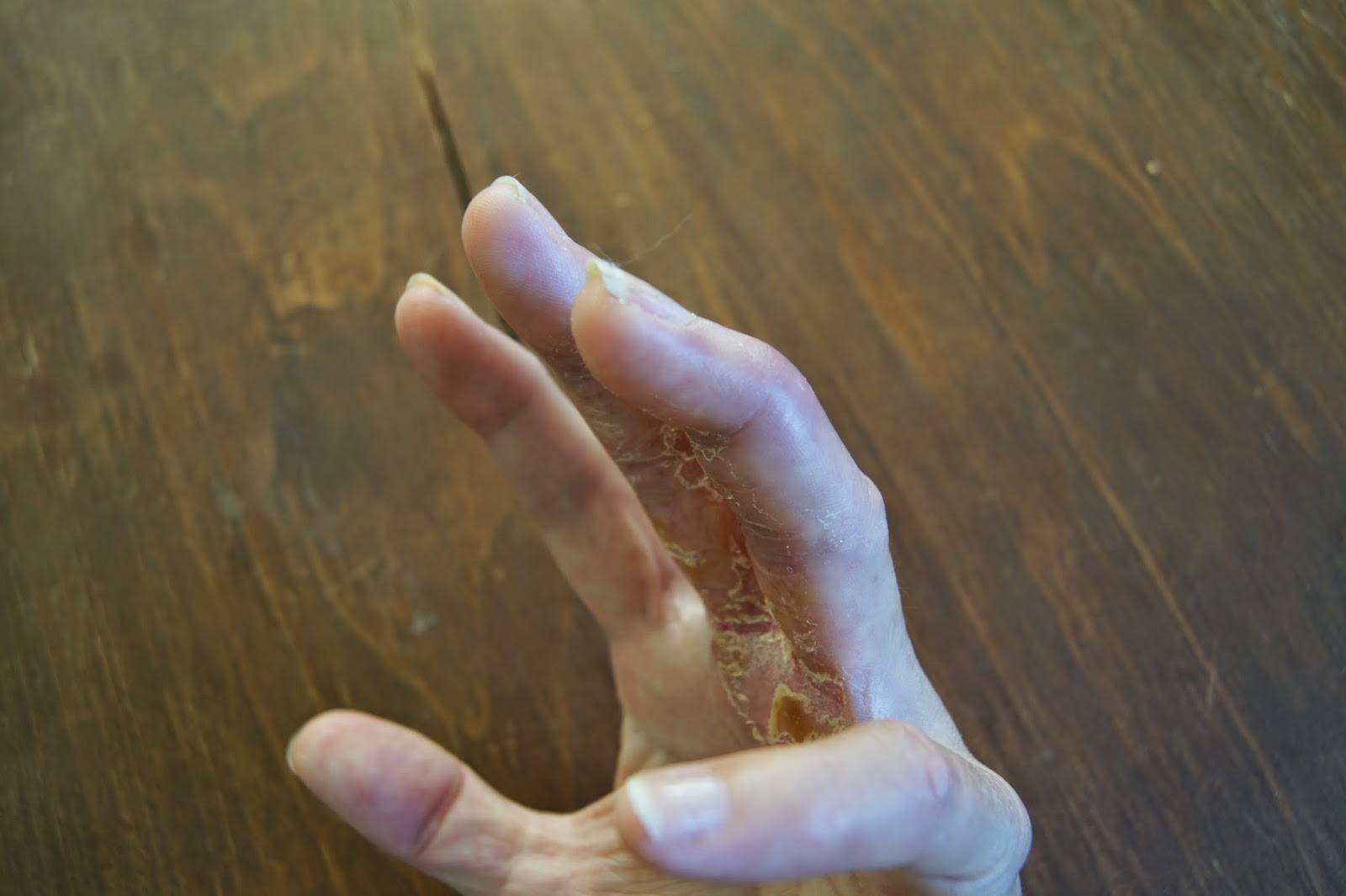 Ah, yeah, been falling down on the blogging thing. So many things I've meant to write about, but didn't, thinking I'd take that 1000-word picture. Then last weekend, no the weekend before already not the day before yesterday, I went out with the camera and took the portraits of the oh-so-cute baby eggplants coming on. Took a fun shot of my dinosaur skeleton sculpture set to guard them from the resurgent doryphores, and then discovered, um, left the memory card in my desk at work.
Killed the doryphores. Forgot the memory card. Remembered the memory card. Rain. Other things to do. Eggplants big now.

Plus there's been the whole finger thing.
A couple of weeks ago I was at a friend's house, and they have a swingset for the grandkids and naturally I had to give it a workout.
Cannot resist a swing.
Obviously a home-made job, the set wasn't very tall, and the rope was sturdy enough but too long, so it was looped up and around and knotted creatively. That knot gave way, and I got dumped on the ground, my left ring finger caught, twisted, broken.
Nice, calm ER. Only took an hour and a half to get an x-ray, a splint, and an appointment with the orthopedist in the morning.
The ortho fit me in quickly between patients with real appointments and bigger problems, and after taking a look he set me up with a splint immobilizing my ring and middle fingers and the palm of my hand. Nothing more necessary, the break doesn't involve the joint and should heal cleanly in about 3 weeks. Just keep this on until then. Checkup x-ray on the 18th.
It's not a removable splint. Don't get it wet.
Ever wash the dishes one-handed?
So Monday, after more than 2 weeks, I've had it with this stinky, itchy, filthy tape around my hand, and would like someone to redo the wrapping. Went to the consultation here at the hospital where I work, and was told, sorry, we don't have that kind of tape here. Go to the CHU.
Ok, we're a cancer center, not a full-service hospital. But really!
So I deal with my intern to bring my own tape & she'll do me up this morning.
Unwrap the hand, and it's a real mess. My finger is not straight. The ortho had pulled it straight (oww!) and then just taped it to the other, but it relaxed into its broken position later and has been healing like that. Great.
Then the skin on the palm-side of the two wrapped fingers plus part of the palm is all necrotic and infected from being in constant contact with the splint. Not merely uncomfortable. I should never have been so patient & obedient.
Now I have a removable splint, and orders that seem a lot more reasonable to me - wash daily, dry well, apply this antifungal cream, put a clean compress between skin & splint...
Another week and we'll see what's going on with the bone. The first ortho is on vacation, so I'll be seeing someone else. The first guy was highly recommended by the ER doc, but he didn't put my finger straight so it's just as well it's not him again. This is an important knitting finger. I do not want to need it rebroken to set it straight.