I'm not terribly happy with this week's bus ticket, though it does have the right number of lines and that counts for something somewhere. Started off with a neat idea, but the writing never gelled as it usually does between weekend errands. The weekend is up! Time ante up or pass. Catch the Bus here! 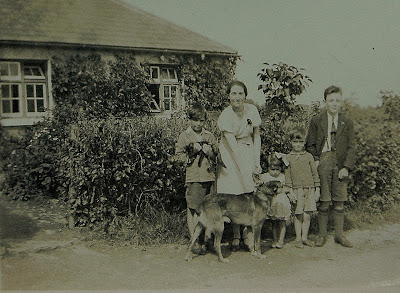 Family Photo
.
On his way to join the circus
Passing through, stopped for biscuits
.
Truant of the village, old Jim
Out raiding rubbish, caught again
.
Directing the house justly a princess
Little Clara, future prime ministress
.
Fighter pilot, police chief, astronaut
Shopkeeper not on the list yet, but...
.
Sardines, soft cushions, saucers of milk
Being petted by children is not too much work
.
New house new school new parents again
Life is all change for the orphan
.
Baths schoolbooks dinners and laundry
She loves them all, especially on Sunday.
.
Posted by NanU at 1:46 PM

You are too hard on yourself NanU!Sometimes poems just go somewhere for themselves instead of where you thought they ought to be. I really like this, I think it's one of your best, I really love the last line that pulls the whole thing together beautifuly. Brava!!

I like this vignette of what these folks are thinking on a Sunday - I always wanted to be a librarian, myself. :)

Sunday was such a big day, you have captured past days well.

Agree with TFE, Nanu. This is delightfully quirky, from the mention of the circus to the future prime ministress. I think it gels really well.

You left me wanting to know more about each character.

Oh, that's a lovely take. I never gave the cat a second glance before.